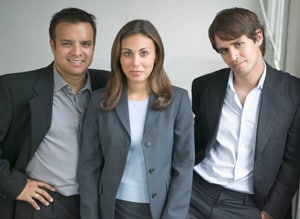 Which are Australia’s best universities for setting up professional careers?

As you might expect, the more prestigious universities perform better. Graduate salaries are higher and more graduates go on to further study. Universities such as Melbourne Uni, UWA and Adelaide Uni are at the top of the pay rankings.

But results do vary.

The table shows the salary, employment and study rates of first-time university graduates some months after completing their degrees. Observed salaries been adjusted for unemployment, the potential earning power of students doing further study, and high employment rates among online students.

The above table shows indicative salaries by subject for students who recently graduated.

The reported salary amounts are based on the observed median salary of graduates who were working full time at the time of the survey.

Graduate salaries are adjusted for low incomes of unemployed graduates and high earnings potential of graduates doing further studies. Unobserved earning potential is estimated using an economic model that is responsive to pay, study and unemployment rates for the university’s graduate cohort.

For online (external students), a regression-based adjustment is made to compensate for higher employment rates. This is done for overall university stats but not by individual subject. Online students are often mature-students who already have a job and study part-time.

Significant pay factors for which no adjustments were made are: